If you’re pottering down to Poitiers, be aware that ‘drivers of all motor vehicles and motorcycles must carry a breathalyser’. If you don’t show the gendarme your kit when asked, you’ll get a €11 fine.

In Europe, unless your car has got number plates that include a GB symbol, you’ll need to display a GB sticker. You’ll also have to display a photo of the Queen on the dashboard, and wear a bowler hat (only joking!).

In France, children under 10 are not allowed to travel on the front seat of a vehicle without a special child restraint. The only exception is if the vehicle has no back seats (so they’re ok in your Lotus), no rear seatbelts (isn’t that illegal?) or if the rear seat is already occupied with a child under the age of 10 (wearing seatbelts, presumably).

You may curse them when you’re running late, but red lights mean stop. Not stopping could have serious consequences. But in the USA, you can turn right on a red, as long as the road is clear of pedestrians and traffic.

While in some countries constant use of your horn is obligatory (used most effectively in conjunction with colourful language directed at fellow road users), it may surprise you that in many others, including the UK, horns are banned at night or in urban areas.

In Norway, trams have right of way. You could try testing this, but it is not advisable.

While leaving your lights on usually means a flat battery, in countries such as Sweden where daylight hours are short in winter, you must leave them on at all times, even on a sunny summer’s day.

Drinking and driving is illegal, of course. But in Macedonia, the authorities go a step further: if you’re ‘visibly under the influence of alcohol’, you not allowed to sit in the front seat, presumably not just because you’ll be useless at navigating.

In the USA, driving laws vary from state to state. In some it is an offence to keep alcoholic beverages in the ‘cab’ of a car. So if you’re cruising down Skyline Drive, with the wind in your hair and John Denver on the stereo, stick that six-pack of Bud Lights in the boot (which is known as the ‘trunk’ when you’re Stateside).

We’re not even talking about alcohol – in Cyprus, just a swig of orange squash at the wheel could land you in trouble. If you’re thirsty, which could be quite often in the Cypriot summer, you must pull over to take fluids on board.

While smoking is banned in works vehicles in the UK, in private it’s ok to tan a packet of Silk Cut between Knutsford and Tebay. But puffing in your car is outlawed in Greece, so if you’re driving from Alexandroupolis to Athens, use a patch, or give up.

Hitch-hiking holds a certain romance – flinging your backpack into the cab, trucker on the CB, Waylon Jennings on the radio, the Al-Can Highway … but no more. In many countries, including Russia, where it is illegal to stick out a thumb and hold up a cardboard sign, while picking up a hitch-hiker is outlawed as well.

While it is a badge of honour in Britain to be able to write CLEAN ME on your white van, in Bulgaria this would land you in trouble. A mandatory car wash upon entry into the country quashes potential for amusing messaging. In Costa Rica you have to get your car fumigated before you’re allowed in.

Presumably there is a plethora of jokes about women drivers in Saudi Arabia even in this day and age, where the law forbids any woman to get behind the wheel. 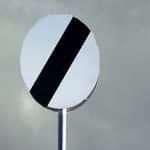 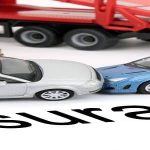 Car Insurance fronting, and what is it?Driving rules